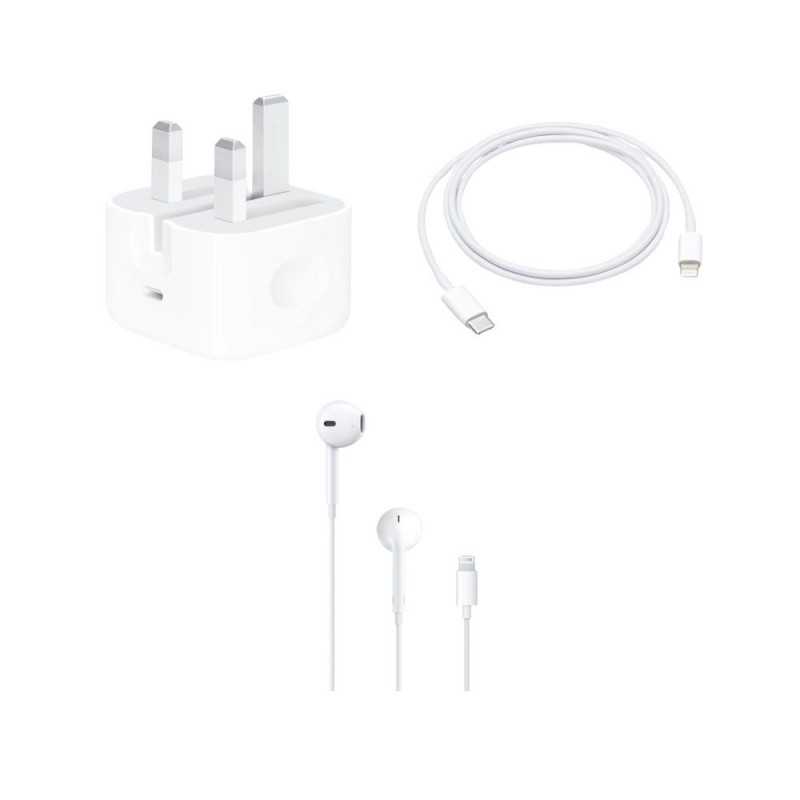 The Apple 20W USB‑C Power Adapter offers fast, efficient charging at home, in the office, or on the go. While the power adapter is compatible with any USB‑C-enabled device, Apple recommends pairing it with the iPad Pro and iPad Air for optimal charging performance. You can also pair it with iPhone 8 or later to take advantage of the fast-charging feature.

Unlike traditional, circular earbuds, the design of the EarPods is defined by the geometry of the ear. Which makes them more comfortable for more people than any other earbud-style headphones.

The speakers inside the EarPods have been engineered to maximize sound output and minimize sound loss, which means you get high-quality audio.

The EarPods with Lightning Connector also include a built-in remote that lets you adjust the volume, control the playback of music and video, and answer or end calls with a pinch of the cord.

Greater protection from sweat and water

With Remote and Mic

Works with all devices that have a Lightning connector and support iOS 10 or later, including iPod touch, iPad, and iPhone.

Connect your iPhone, iPad, or iPod with Lightning connector to your USB-C or Thunderbolt 3 (USB-C) enabled Mac for syncing and charging, or to your USB-C enabled iPad for charging.

You can also use this cable with your Apple 18W, 20W, 29W, 30W, 61W, 87W or 96W USB‑C Power Adapter to charge your iOS device and even take advantage of the fast-charging feature on select iPhone and iPad models.